Beetles in the road

A teenage boy is standing in the middle of a deserted road in the middle of the day in the middle of a semi-desert. He is somewhere far north of Johannesburg, somewhere en route to Namibia in fact, and a long way from suburbia. In front of him, what seems like a small army of beetles is crossing his path. There are so many of them that they are, quite literally, filling the entire width of the road.

The sun overhead is beating down viciously and the tar is melting in the heat. The beetles are uncountable. He steps forward and as one they immediately stop moving. Among them there seems to be a collective consciousness of his presence: as he moves forward, they stop; as he stops, so they move forward once more.

He knows he could step into them to keep moving forward on his journey, crunching them underfoot in the process, but the soles of his boots are unwilling.

He cannot move forward right now to the nothingness he was hitching towards, and there is nothing immediately behind him that he wants to return to. He stands there, paralysed, for what seems like hours while the unseen stars overhead continue in their indifferent orbits and directly in front of him the army of beetles continues to cross the road.

He is there because it is school holidays and his father, once again, has flung him out of home with a little money in his pocket and an injunction to go and hitch hike around the country.

Be a man! Have some adventures!

And here he stands, watching this army of beetles in the middle of nowhere, possibly the only person under this southern sun to be witnessing this weird phenomenon. What does it mean and why – amid all the pain – does he still manage to feel a strange, reluctant sense of peace; a oneness with the universe as he stands here, temporarily paralysed, unwillingly halted?

He is sixteen years old. He wants to be at home. Above all else, he wants his mother. 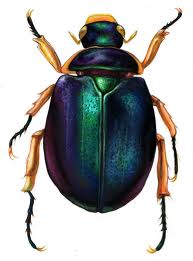 Author’s commentary: What does it mean?

The mystery of the boy’s presence at the exact moment of the beetles’ crossing is not for me to answer, although I can (and do) surmise. Below is some interesting research about the symbolism of beetles, including from the dim early history of man as a spiritual creature.

He who is coming into being

The god Khepri, which literally means “He who is Coming into Being”, was a creator god and a solar deity. He was represented as a scarab or dung beetle, or as a man with a beetle head.

…For the ancient Egyptians the common scarab beetle, Scarabaeus sacer, was a daily reminder of KHEPRI, the manifestation of the sun god RE in the early morning. Khepri’s job was to help the rising Sun journey across the sky each day, and he is often portrayed as a beetle rolling the Sun in front of him. The Egyptians noticed that the scarab beetles rolled balls of dung along the ground, and they saw this as an analogy for the Sun moving across the sky.

…For thousands of years scarab AMULETS were carved in Egypt. It was believed that wearing a scarab amulet brought protection and a long life. It was actually a pun, for the word kheper in hieroglyphs means both “scarab” and “to exist”.

The scarab beetle was the most important amulet* worn by ancient Egyptians. It was symbolically as sacred to the Egyptians as the cross is to Christians.

*An amulet was worn to protect the wearer against evil and was worn on a chain, cord, or strap.

The Egyptians believed that Scarabs were associated with the Egyptian god, Khepri. It was Khepri that pushed the sun across the sky, just like a Scarab beetle would roll a ball of dung. The scarab beetle became an ancient Egyptian symbol for rebirth, the ability to be reborn. Each day the sun disappeared, always to rise again and be reborn the following day. 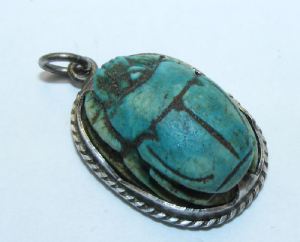 Innocence and the pursuit of goals

Beetle.– Beetle is a being of peace, wishing nothing more than to live at one with nature and the world. Metamorphosis, resurrection, past lives, rebirth of the soul, innocence of purpose. Beetle signals a confirmation we are on the right track and we should pursue our goals. .Some beetles are good omens and some beetles are bad omens. You need to learn which ones mean what in your area by studying their behavior and what occurs after you see one. Some beetles are messengers of good and bad weather. In some cases, beetles have devastated acres of trees, but they symbolically warned everyone before the attack. 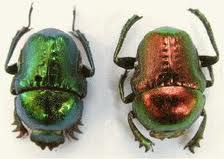 …The Father of Meaningful Coincidences, which he called Synchronicity: An Acausal Connecting Principle, was the great Swiss psychiatrist, Carl G. Jung. Jung articulated his concept of synchronicity after many years of study and reflection based on experiences with patients in psychotherapy and conversations with astrophysicists Albert Einstein and Professor Wolfgang Pauli.

By saying that coincidences were “acausal” Jung meant that they could not be accounted for or explained in purely physical or material cause and effect terms, but that nonetheless they had a meaningful connection or link to reality itself. In other words they are not just mere coincidence or happenstance. The universe participates in the human quest for meaning.

Jung said that synchronicity indicates that coincidences are “more than chance, less than causality”, a “confluence of events in a numinous or awesome atmosphere.” Moreover, he became convinced that these synchronicities arose during points of crisis in people’s lives and contained insights for future growth and development.

…Synchronicity and the scarab beetle

Jung’s most famous case of synchronicity in psychotherapy was with the woman patient who recited a dream she had had in which she was given a costly piece of jewelry, a golden scarab (beetle). While she was relating the dream Jung heard something tapping at the window from outside. Jung opened the window and in flew a scarbaeid beetle which he caught in his hand, its gold-green color resembling that of the golden scarab in the woman’s dream. He handed the beetle to his patient and said, “Here is your scarab.” 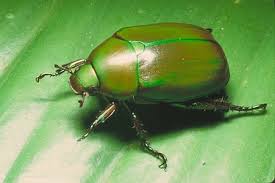 The woman, who was highly educated and intelligent, had been resisting dealing with her feelings and emotions. She was very adept at rationalisation and intellectualising. After the scary scarab experience she was able to get to the root of her emotional problems and to make real progress in her growth toward wholeness.

The universe had somehow cooperated in her therapy by giving her a meaningful coincidence. The scarab that tapped on Jung’s window was no ordinary bug. It was somewhat rare in those parts. It has, as one writer notes, “perennially symbolised transformation and metamorphosis, the very things that this woman’s unconscious was calling out for. It was as if the struggle in her soul had been projected like a powerful movie image into the outer world” and the universe responded accordingly.

…find your own meaning

…find your own meaning. The universe will assist you if your quest includes the heart as well as the head. Examine the course of your own life and see where seemingly meaningless chance turned into meaningful coincidence right before your eyes. Don’t be satisfied with stories, how things have gone with others. Unfold your own myth. Integrate wonder back into your life. 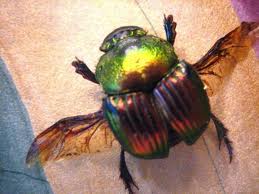 (thanks to the photographer here)

Let’s not forget where the ‘us’ began. 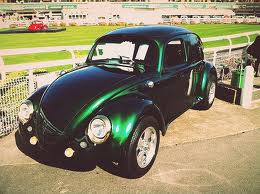 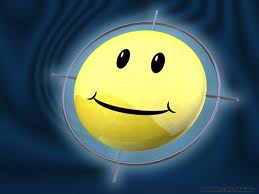