I couldn’t let the final passing of South African rugby hero Joost van der Westhuizen, after his six-year battle with Motor Neuron Disease (MND), go by without putting down a few thoughts.

Joost was part of the Springbok rugby team that won the Rugby World Cup in 1995 and – with the input and support of our late, great then-President Nelson Mandela – at least temporarily helped to unify a nation.

Joost died on Monday this week, 6 February 2017, and since then I’ve had troubling memories of my own late dad’s suffering, with the same disease, rise to the surface of my mind at unexpected times.

And make no mistake: Motor Neuron Disease is a disease of true suffering, especially at the end. 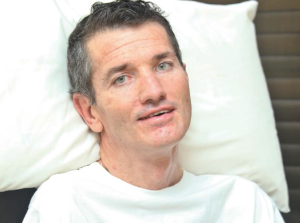 I am glad that today I saw and heard the eulogy given at the memorial service by his wife, Amor. (Technically I suppose you could call her his ‘estranged’ wife, but what does it really matter at times like these?)

She spoke in front of dignitaries who included members of the 1995 SA Rugby World Cup winning squad, South Africa’s Sports Minister Fikile Mbalula, and Bill Beaumont, chairman of World Rugby‚ who flew out from Dublin to attend the memorial service.

I thought that Amor was brave and dignified. She managed to say her goodbye to Joost at Loftus Versveld Rugby Stadium without breaking down. And she was honest in her admission that once, she and her husband had been in a fairytale romance… 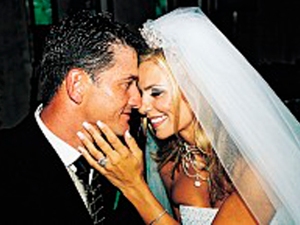 …which had then hit some serious bumps along the way. The scandals and the trying times are out there for all to search for and read and point fingers, if they want to.

However, Amor rose above that and thanked her late husband for the priceless gift of their two children, and for his fighting spirit and the memories of the good times.

They never did get around to divorcing, Amor and Joost, and whatever their reasons were for not legally finalising the death of their marriage, does it really matter?

What matters for me is that there was deep love, once, and there were two children created who had all this enduring love then poured into them.

And so now I wish the children and Amor, and all Joost’s other close family members, strength through this time, and finally peace.

For me, my father has been gone after his own battle with Motor Neuron Disease for 15 months already and I continue to miss him, at times, with an ache that is sometimes like a physical stab in the heart.

If I ever become a millionaire I will make it my quest to support today’s research into Motor Neuron Disease, to try to rid the planet of this scourge in the way that, once, we as human beings managed to eradicate smallpox.